Although Vernon Grant was responsible for many successful original creations and thousands of commercial illustrations, he insisted that his
favorite subject was Santa Claus!  Every summer for much of his career,
his studio would be transformed into a holiday setting.
His close relationship with old St. Nick began during the 1930's when
Vernon Grant enjoyed enormous success illustrating Santa's image for
several magazines and Christmas card makers.
From this annual ritual came the tradition of creating a special Santa
card for his family and friends.
This year's card marks the eighty-first annual release of a Vernon
Grant Christmas card or magazine cover, continuing a tradition that
started with the December cover of Ladies' Home Journal in 1932.
The 2012 holiday card commemorates the thirty-fourth consecutive
edition produced by the Culture & Heritage Museums.  Proceeds from
the sale of the card will be used for the exhibition and conservation
of the Vernon Grant collection.
For information  on purchasing Vernon Grant items,  call the Culture &
Heritage Museums, Rock Hill, SC 803-981-9181 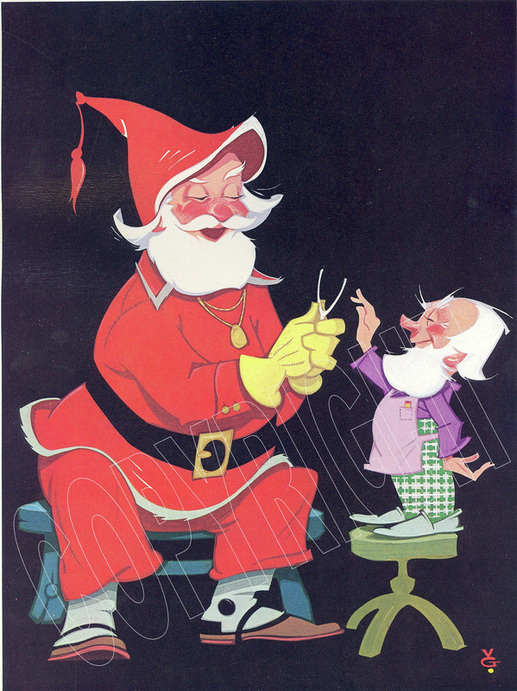 From the wish of  "Peace and Goodwill" to the gift-wish of every boy and girl, Christmas is the season of wishes. Vernon Grant's unique example of  "Santa's Christmas Wish" depicts a wishbone and faithful gnome, and is a great expression of  his timeless originality. 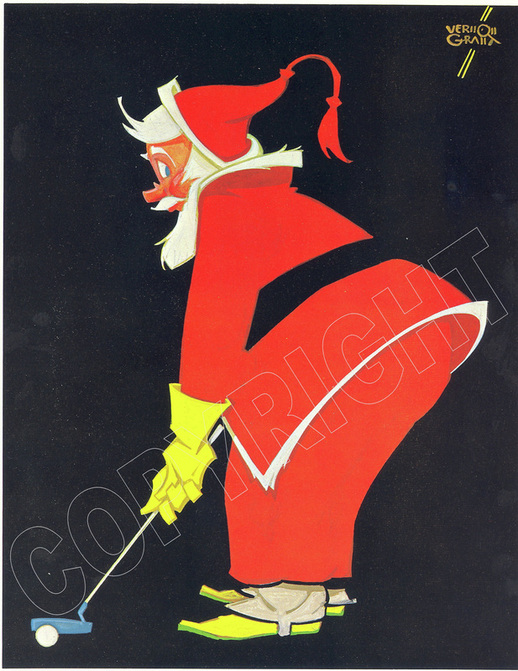 This Christmas card was an easy inspiration for the artist.  Vernon Grant lived near the second hole of Rock Hill's  Pinetuck Golf  Course, a course he conceived and commissioned on his farmland in 1972. 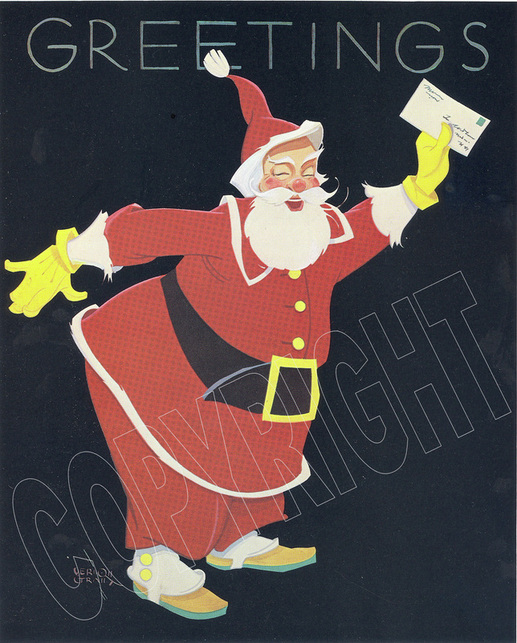 This image of a portly Santa waving a letter was originally created for the F. W. Woolworth "Five and Tens" in the 1930's. 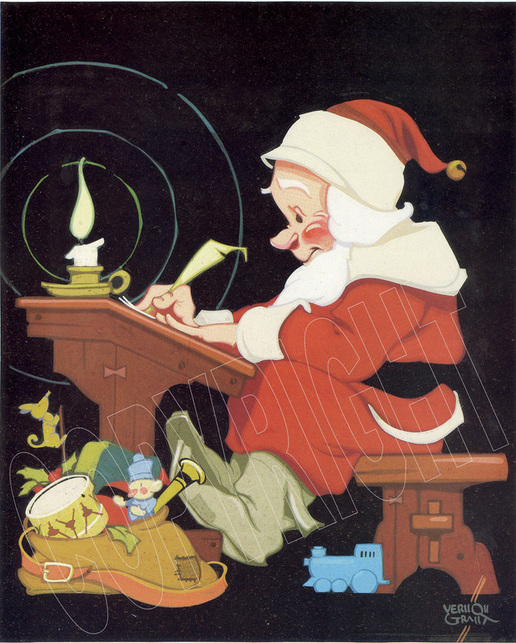 During the Golden Era of magazines, the December issue traditionally sold more copies and cover illustrations were
highly prized commissions usually reserved for only the best illustrators.  "I Got Your Letter..." was an extremely popular illustration for Vernon Grant depicting Santa writing a letter to the children of the world.  This illustration was the 1934 December cover of Liberty Magazine. 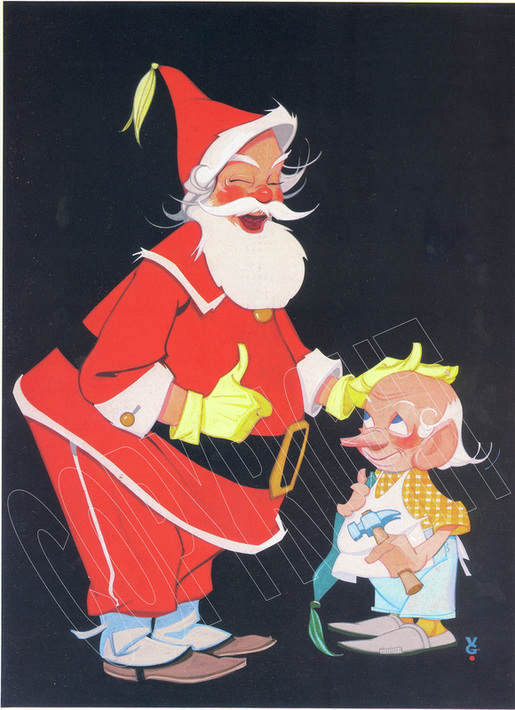 This delightful Santa and carpenter gnome was designed in the 1950's.  It was the 1989 VERNON GRANT CHRISTMAS CARD.

"BUT SANTA, I'VE BEEN GOOOOD!" 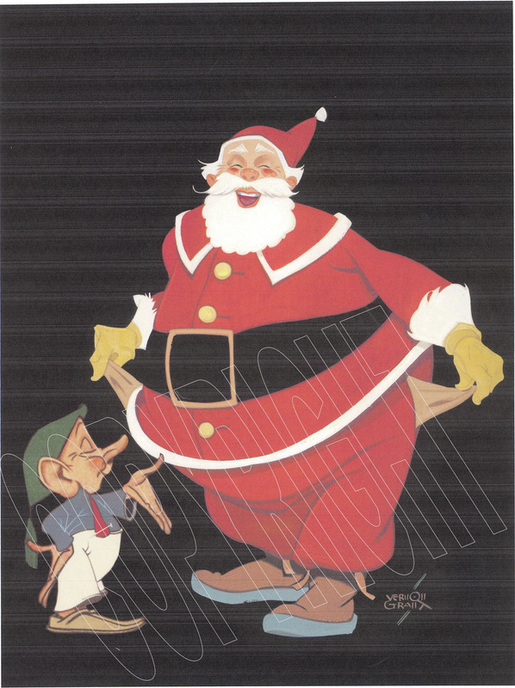 Vernon Grant's illustrations often reflected the times in which they were drawn.  He first created this Santa in 1936 during the Great Depression when the pockets and purses of Americans were empty.  Vernon Grant's talents of imagination and whimsy were used to create this jovial, yet penniless Santa.  This popular "empty pockets" Santa was
featured as a greeting card for Art Guild Greeting Cards and later used by Mitchell Faust Advertising Company &  F. W. Woolworth.
This card is a combination of the 1936 Santa and a worthy gnome that Vernon Grant included in a 1950 advertisement for the Gillette Razor Company.