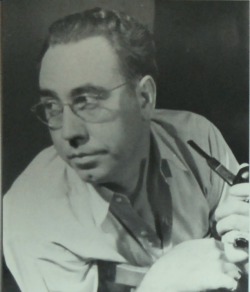 Vernon Grant strongly believed that the most important thing in a person’s life was not based on money or ability.  “Hankering,” desiring to be something, to do something with your life, was what was really important.  Vernon Grant desired to do many things and he possessed the talents to accomplish them.

At the age of four he declared he wanted to be an artist.  By the time he was thirty, he had created three of America’s most popular advertising characters who eventually became the longest-lived advertising symbols in the nation.  He joined the ranks as one of America’s top magazine illustrators, and was second only to Norman Rockwell for having the most illustrations featured on the covers of magazines.

Vernon Grant had a talent and hankering for music.  He was a fine singer and played the banjo, accordion and clarinet, to name just a few instruments.  He especially enjoyed singing and playing his five-string banjo with the “Old Fogies,” a fun-loving group of men who sang gospel or country music at church and civic events.

The Nebraska-born farm boy always loved the good earth.  When he moved to Rock Hill following World War II, Vernon Grant applied innovative farming practices to the property his wife had inherited in eastern York County.   York County and South Carolina agricultural leaders recognized him as a leader in their field.

Vernon Grant established a positive relationship with the townspeople of Rock Hill, and his presence in the community was strong.  Citizens remember Vernon Grant for his leadership.  After living 10 years as a gentleman farmer, he decided to engage in a public career.  In 1958, he became the manager of the Rock Hill Chamber of Commerce.  During his tenure, he saw the formation of the city’s first industrial park and the creation of the city’s Come-See-Me festival.  His vision and ingenuity launched a host of projects aimed toward building a strong economic base.

Vernon Grant’s life experiences were plentiful.  Each step along the way, he looked at those experiences with fresh, imaginative eyes.  Reflecting on his life, he once said, “I had the talent to see things others did not.”  Perhaps his inspiration for success can best be summed up in the Alfred Lord Tennyson quote he carved into a mantle as a young teen.  The inscription read: “The long day wanes.  The slow moon climbs.  The deep moans round with many voices.  Come, my friends. ‘Tis not too late to seek a newer world.”